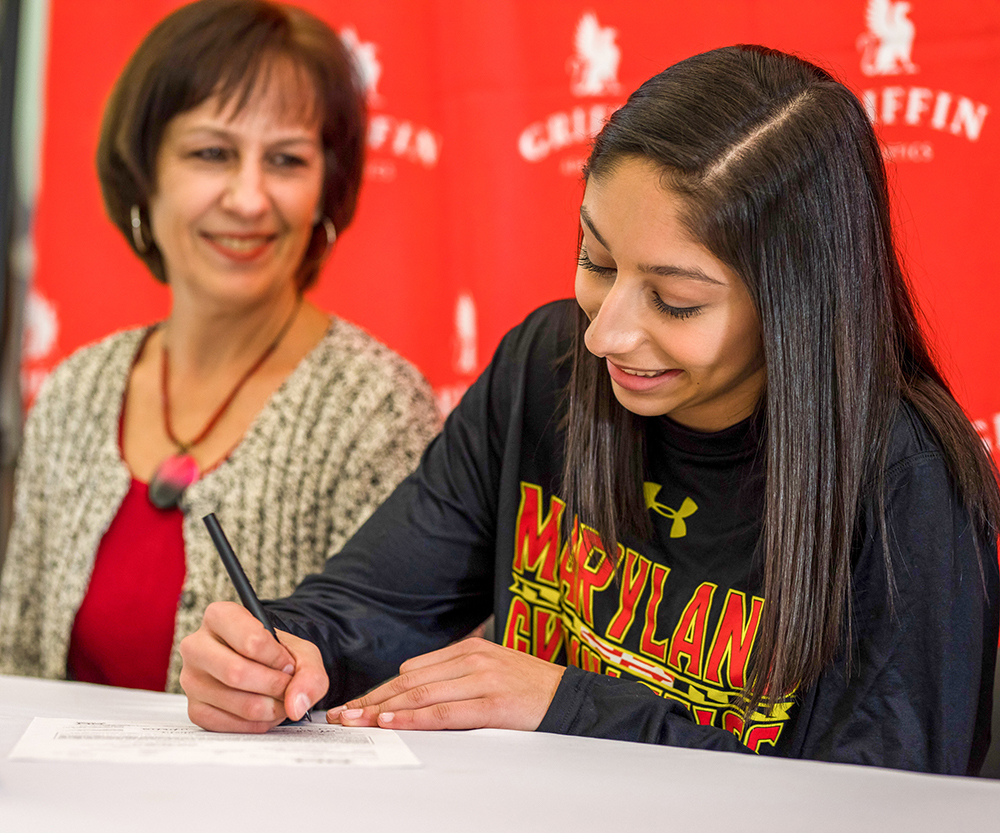 Training and competing in gymnastics since age 5, Aleka is today a nationally ranked gymnast. At age 6 she competed at the Junior Olympic Division of the US Gymnastics Association. She won her first state championship in 2010, placing first in both vault and balance beam, and in 2014, was competing at highest level of the Junior Olympic Competition. After fighting back from injury, in 2016 Aleka qualified for the Junior Olympic National Competition where she was ranked as the 16thbest gymnast for her level and age in the United States.

Aleka expressed her gratitude to the Spartanburg Day School community for the support and interest as she's grown as a gymnast.

"I am so grateful to start this new and exciting chapter in my life," she said. "I want to thank SDS for the endless support, from my school to my gymnastics!"

Athletic Director Joy Couch congratulated Aleka on her notable accomplishments and dedication as she advances to the next level.

"Seeing a student apply a passion for and commitment to athletics at the collegiate level is always a pleasure," Couch said. "I join the rest of the Griffins in wishing Aleka the very best at the University of Maryland."