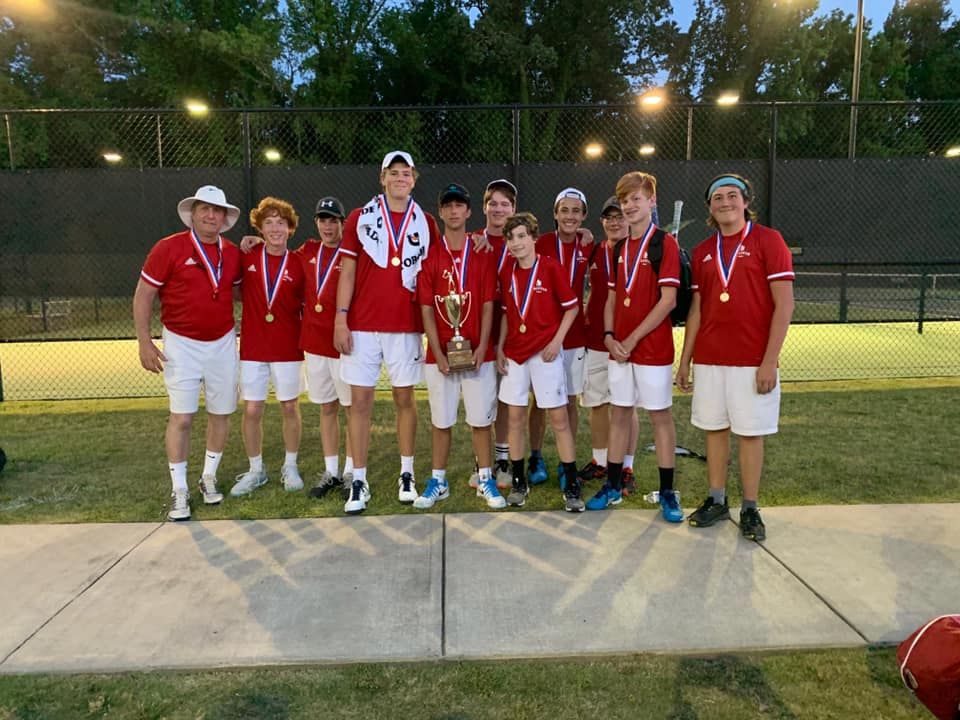 Boys' Varsity Tennis win the SCISA 2A State Championship!
May 10 2019

The Griffins came into the final full of confidence after an impressive 10-2 regular season record. During the singles the Dolphins won the number one and number two single matches but Spartanburg Day were able to edge ahead as wins by Sophomore Corey Garrity, eighth grader Anderson Gosnell, Freshman Russell Judge and eighth grader Zac Rawlinson gave them a 4-2 lead heading into the doubles.

After the Dolphins won the first doubles match up the contest was still in the balance.

However, the partnership of Judge and Rawlinson claimed the victory for the Griffins with a 6-3, 7-6 win and a first SCISA State Championship for the team since 2014.

Congratulations to the players and Coach Bob Allsbrook.