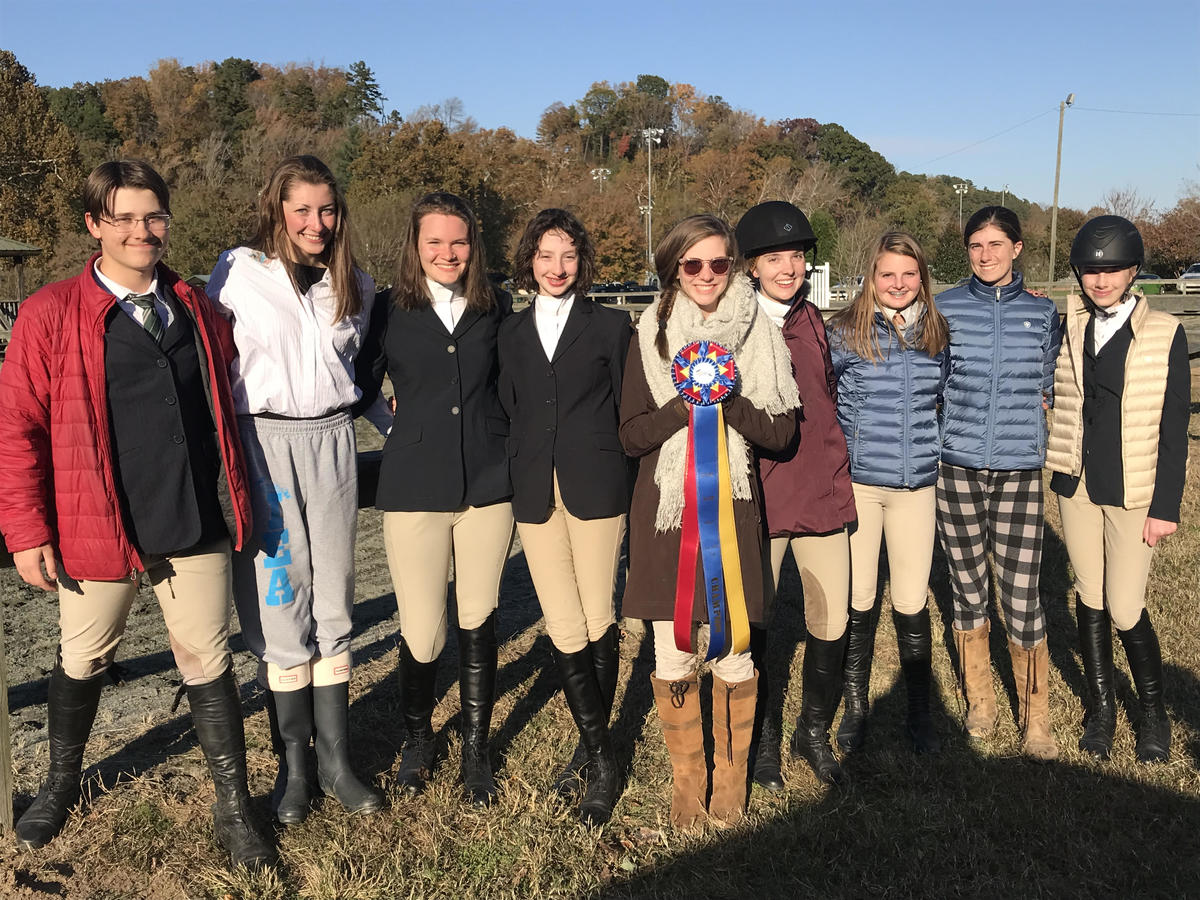 Tryon, N.C.- The Spartanburg Day School Equestrian team opened their competition for the year as they competed at Harmon Field in North Carolina.

On Saturday in the Varsity open flat the Griffins had three riders in the top six as Junior Emma Hay was first, Paige VanGeison, a ninth grade student finished third and senior Elizabeth Smith was sixth.

Hay backed up her first place finished in the flat with a second place finish in the In the Varsity open over fences.

Sophomore Sterling Hunt competed in the varsity intermediate over fences and finished third and junior Amelia Hrebenar rounded out the scoring for the Griffins with a sixth place finish in the Jr. Varsity Flat.

In the future events 8th grader Caroline Hedges had an impressive showing as she finished second over the fences and third in the flat. Virginia Thomas competed over fences in the future novice and finished in third place.

On Sunday in the varsity open over fences VanGeison was first, Smith finished second and Hay was sixth. The Griffins also had top four finishes in the Varsity open flat as Smith won the event and VanGeison was third and Smith fourth.

In the Junior varsity events Lara Mallen was fourth and Hrebenar was sixth in the Flat competition.

The Equestrian team will be back in action over the weekend on December 10th and 11th when they compete in the Riverbed Invitational in Greenville, S.C.